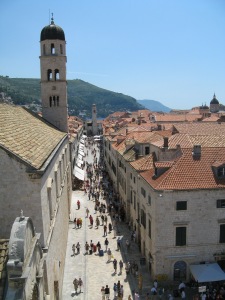 “[Dubrovnik is] the pearl of the Adriatic.” – George Bernard Shaw 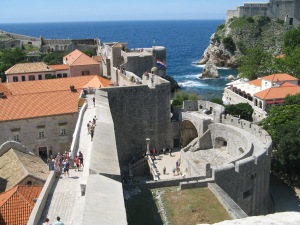 Dubrovnik city walls looking out towards the Mediterranean Sea

We visited 3 Croatian cities: Dubrovnik, Split & Zadok. Of these, Dubrovnik was my favorite and spent the most time there. 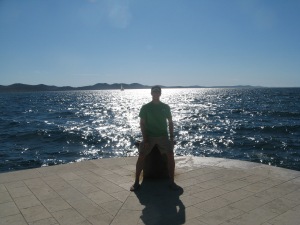 Mediteranean Sea backdrop in Zadar, with Sea Organ to the left

“Give me 100,000 Croatian soldiers and I will conquer the entire world.” – Napoleon

“You may boast to strangers, but tell the truth to your own people.” – Croatian Proverb 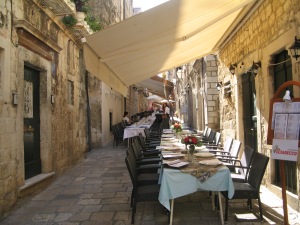 Side street in Dubrovnik

“Those who seek paradise on Earth, should come and visit Dubrovnik.” – George Bernard Shaw

“Without suffering, there is no learning.”  – Croatian Proverb 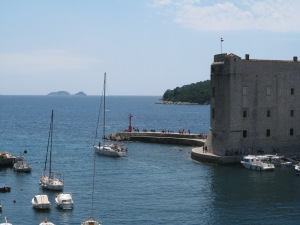 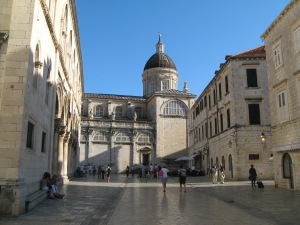 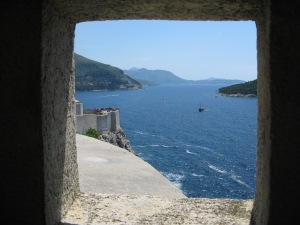 Peeking out into the Mediterranean atop Dubrovnik city walls 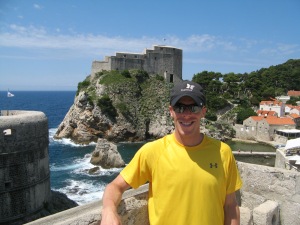 High up on Dubrovnik city walls